GENESIS GV80 — Whether we want to admit it to ourselves or not, brand names matter. They shouldn’t, but after countless decades of marketing brainwashing and unrelenting advertisements in everything from magazines to bill boards to pop-up ads, it’s been impossible to ignore. We as a society have had it all but ingrained in us that the brand of something is just as important, if not in some cases, more important than the actual quality of something. Or the phrase, “You get what you pay for” is used to justify every slightly-higher-than-needed price tag across all walks of consumable goods.

So rather than fight the tide, Hyundai has decided to adjust their sails and change things up. Hyundai their bread-and-butter blue collar brand, much like Honda, Toyota, and Nissan. But after several decades of continued success, the Korean carmaker has decided to up the ante by introducing their luxury brand — Genesis. Much in the way Acura, Lexus, and Infiniti have done (respectively) for the aforementioned companies, Genesis is the new and improved (and more luxurious) Hyundai, and one of their first introductions is the 2021 GV80.

At first glance, the Genesis GV80 looks like the love child of a BMW X5 and an Audi Q7, and that is probably by design. The massive front grille and trick LED headlights make a grand entrance, even in a grocery store parking lot. The flowing profile lines are highlighted by a trick side vent that we wish were more function, and then come together nicely to round out the rear. The rear 3/4 view will definitely be the GV80’s best photo angle.

As with most luxury vehicles, they are designed to cater to a variety of driving needs and tastes, specifically when it comes to power. The base engine is a Smartstream 2.5-liter turbocharged DOHC inline-4 that produces a healthy 295-horsepower and 315 lb-ft of torque. Upgrade to the larger 3.5-liter DOHC twin-turbo V6 and you’ll get 385-horsepower and 395 lb-ft of torque. In either case, that power of your choosing is then funneled through a conventional 8-speed automatic that shifts using a RAM-style rotary gear selector instead of a traditional shifter. Those ponies then move out to either the rear wheels or to all four corners depending on what mode is selected.

Make no mistake, the Genesis GV80 is a mammoth of a truck, tipping the scales at 5,100 pounds. It has a wheelbase of 116.3 inches and is a true seven passenger vehicle. But thanks to that aforementioned power, you can get from 0-60 mph in a relatively quick 6.6 seconds — not bad for something that weighs as much as two Hyundai Accents. Technically fuel economy numbers are not available yet, but just like when a new Acura ILX comes out, we can usually get a hint of those figures from the Honda Civic, we can probably guess that the GV80 will end up with about the same fuel economy as the current Hyundai Palisade, with a best of 19/26/23 city/highway/combined mpg.

Inside though, the Genesis GV80 does not disappoint. It has a posh minimalist vibe that is both classic, thanks to rich (and real) ash wood grain inlays, and modern thanks to the huge 14.5-inch center mount infotainment touchscreen and aluminum analog switches. All of the requisite safety nannies are on board as you might expect in a luxury car, as well as things like road-noise cancellation that provides exceptional isolation from the elements. The suspension is electronically controlled that has a nifty bit of tech built into it. Front mounted cameras work in conjunction with navigation info to survey the road ahead, then seek out where the bumps and imperfections in the road are, and then brace the suspension for them accordingly, all unbeknownst to the driver.

Brands are a real factor in new car purchases, and Hyundai … ahem … Genesis, knows that. But another factor that means almost as much, if not more, is price of course. And with a base price of $48,000, the GV80 undercuts the base Mercedes GLE by six grand, and the base X5 by more than ten thousand dollars. So while, BMW driver’s might stick with the “you get what you pay for” mentality, the GV80 might just have them changing their tune to ‘you pay for what you get’ and what you get with the GV80, is one hell of a luxury SUV bargain. 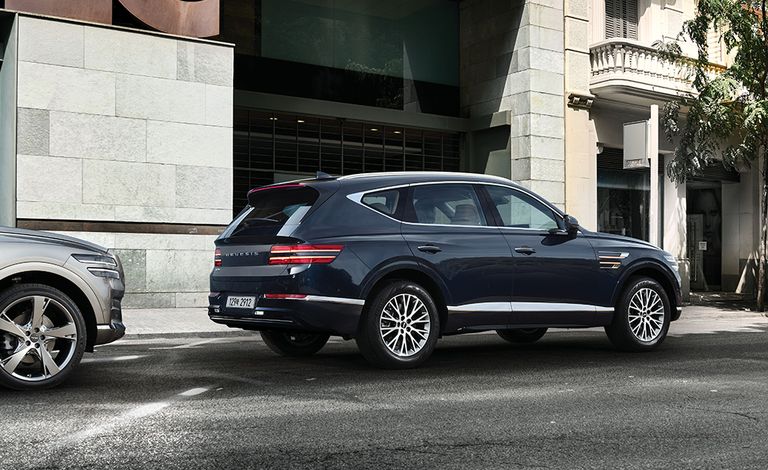 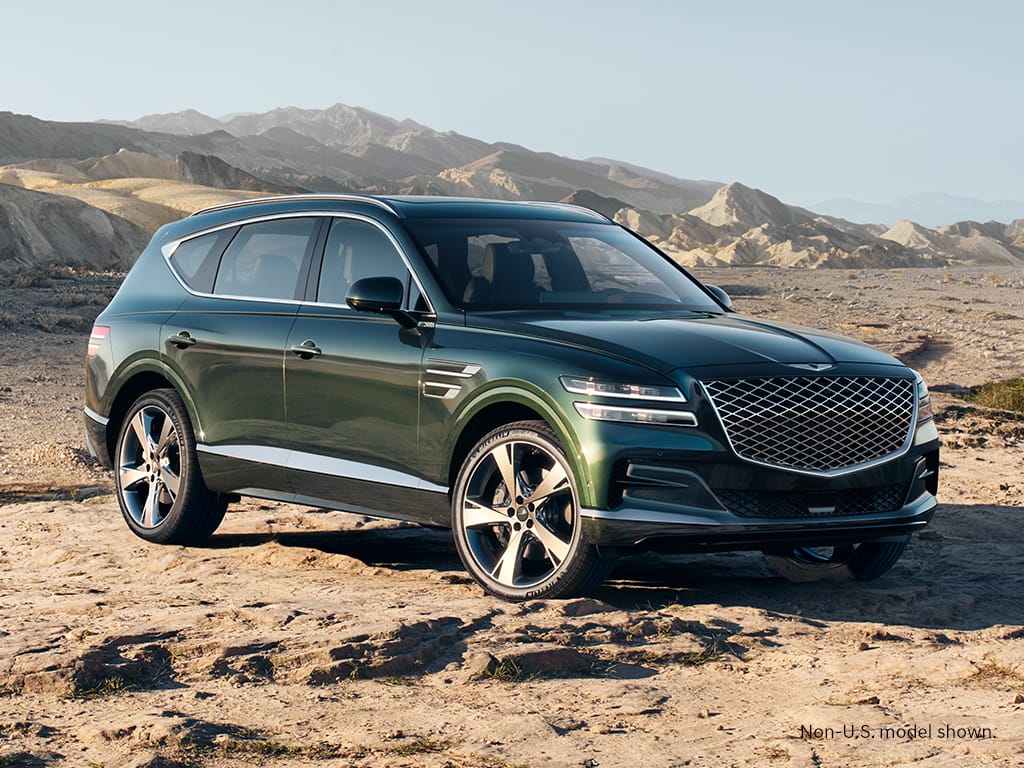