Although everyone would love to drive around a brand new 650-horsepower Corvette ZO6 or 450-horsepower SVT Raptor, sometimes, life happens. Maybe you have a kid, maybe you have three kids. Maybe you get a dog, or the kids want dogs, so now you have kids and dogs. Maybe you get married and your wife (or husband) wants to prioritize family trips and safety and doesn’t share your penchant for powering out of an apex on highway onramps … The point is, sometimes, and sometimes suddenly, your circumstances can change and with that, things like cornering g’s on a hot track become less important that being able to get to the corner store for formula in a snowstorm. So with that understanding that needs change, and can supersede wants, there are cars like the 2019 Subaru Forester.

Let’s be honest here. No one grows up wanting a Subaru Forester. Kids don’t have posters of Subaru Foresters on their walls or as their laptop wallpaper. It just doesn’t happen, or at least, we’ve never seen it. But, for when life happens, the Subaru Forester may just be the answer to all your prayers. Built on Subaru’s global platform (which also underpins the Impreza and WRX), the Forester is confidence inspiring in its rigidity and its ability to traverse rough roads with ease and isolate passengers away from harsh road noise. Inside that quieter cabin is also more rear legroom, redesigned seats that are far more comfortable (and have been tweaked to redistribute pressure better than before), and a relatively intuitive infotainment system. What you may not notice right away is the rear cargo opening is more than five inches wider than the previous model, making getting a family of luggage into, or out of the Forester much easier than before.

What won’t wow you is the powertrain. Under the hood is a lackluster DOHC 16-valve 2.5-liter horizontally-opposed Boxer four cylinder that produces a modest 182-horsepower @ 5800 rpm and an equally vanilla 176 lb-ft of torque @ 4400 rpm. It’s basically the same engine the WRX STI uses, minus the turbo and the fun. That power is funneled through Subaru’s woefully uninspiring and downright anesthetizing continuously variable automatic transmission (CVT) with manual shifting mode and then routed to Subbie’s famous all-wheel drive system. There is no manual transmission option this time around.
That powertrain is capable enough when the weather turns sour, but when things are nice and you want to go for a romp down the interstate, the Forester won’t do much to impress. Moving the 3600 pound Forester from 0-60 mph takes 8.4 seconds, while the quarter mile slinks by in 16.5 seconds, and just for kicks, 0-100 takes 24.8 seconds if you really want to know.

Where the Subaru Forester lacks in performance, it does make up for handily in terms of performance at the pump. That non-turbo motor isn’t nearly as thirsty as its STI sibling, gaining a very impressive 26/33/29 city/highway/combined mpg.

The other big deal that the Subaru Forester brings to the table that your average supercharged 5.0 can’t is a litany of safety features that will keep you, and all your precious cargo, as safe as possible. Options for safety features include automated emergency braking, lane-departure warning system, and adaptive cruise control. There is even a newcomer to the safety feature list called DriverFocus. This system utilizes facial-recognition tech to monitor the driver’s eye movements. Why do this? Well, it is watching you to see if your eyes divert from the road for any substantial length of time, or if your eyes start to close more than they should, in which case it will sound an alarm to let you know something needs to change. Personally, we think this is a little too Skynet/Matrix sounding, but we have always been a little paranoid.

But aside from the machines-taking-over-the-world conspiracy theories the new Subaru Forester might inspire, for a base price of only $25,270, Subaru has managed to create a family-friendly all-weather commuter car that can do everything you need it to, even if it can’t do everything you want it to. But for such a low buy-in price, you can get the Forester, and then starting saving up for that ZO6 after all. 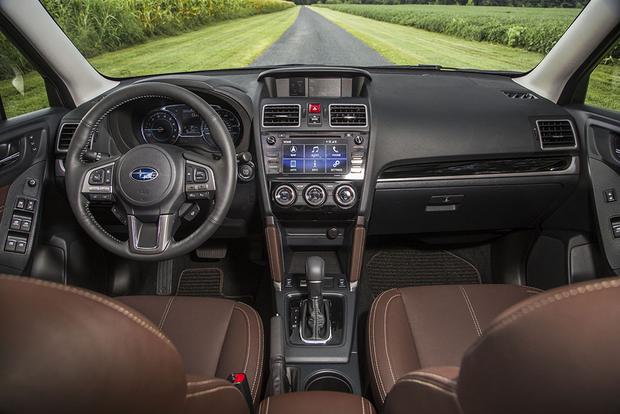 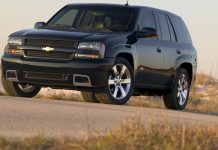