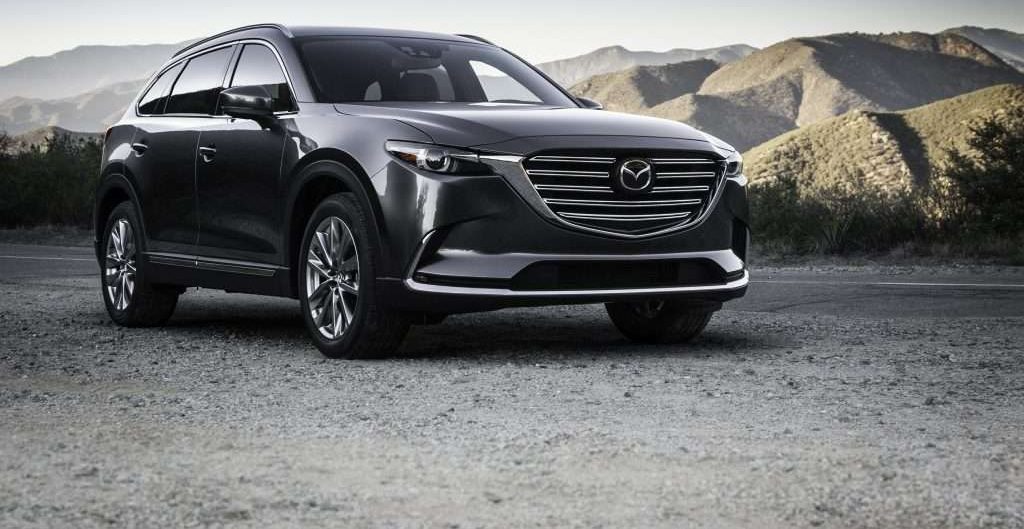 Normally, 3-row crossovers are about as interesting as a three-hour PBS documentary on The History of PBS. They’re made to be functional family transporters, with a mildly stylistic nod to the Target fashionistas who drive them. The Mazda CX-9, on the other hand, was designed to make the driver not feel like a boring suburbanite. It had athletic reflexes, communicative steering, and an exciting V6. But even with all of its charm, sales were never that great. The Mazda CX-9 was completely redesigned in 2016 and aimed to change that. Today the Mazda CX-9 makes for a great used car that is a welcome addition to anyone’s driveway.

In the family truckster segment, horsepower isn’t a big selling point, but most of them have 270–290hp. The 2016 Mazda CX-9 has just 250hp, which is obviously less than its contemporaries. And it gets that pony-power from an equally smallish 2.5L turbo-4. But moving a big heavy SUV takes more torque than horsepower, and that’s where the CX-9 started to break away from the competition.

During development, Mazda studied how current CX-9 owners drive in the real world. They discovered that most of them rarely spin their motors past 3000 rpm, which is where the horsepower starts to kick in. So to improve the ‘real world’ performance of the 2016 Mazda CX-9, engineers developed a series of valves for the turbo which allows it to spool-up faster and mitigate the effects of turbolag, without using a twin-scroll setup. But that’s not all they did…

The idea behind Mazda’s SkyActiv technology is to improve efficiency and reduce weight. To that end, the curb weight of the FWD 2016 Mazda CX-9 has been reduced by approximately 198lbs, and 287lbs when equipped with AWD. And, that’s after adding 53lbs of sound-deadening mats in the floor, and thicker acoustic glass to reduce road/wind noise. Combine this weight savings, with the Dynamic Pressure Turbo that serves up a heady 310 lb-ft of torque at just 2000 rpm, and you’ll have one seriously entertaining kiddie wagon.

Car and Driver clocked a 7.6-second 0–60 run in the heavier 2015 Mazda CX-9. So the added torque and reduced weight should yield a sub-7-second 0–60 time, placing the 2016 Mazda CX-9 at the top of its class. They also added lots of new family-friendly/safety features, along with a new top-spec Signature model that has real Rosewood trim, and French-stitched Nappa leather. Mazda says that 60% of the CX-9s were sold in top-spec Grand Touring trim, so the ultra-lux model should be readily available in the used car market.

The Mazda CX-9 is a robust SUV that can last between 200,000 – 250,000 miles on average when properly maintained, driven conservatively and well looked after. Based on an annual mileage of 15,000 miles, it can last 13 to 17 years of service before breaking down or requiring uneconomical repairs. While the CX9 has a good reliability rating you still may want to consider buying a car warranty to protect your car and your wallet especially since the CX-9 has a turbo which can cost thousands to replace.

After its revamp in 2016 the Mazda CX-9 received many updates through the years like more active safety features, available 360-degree camera system, heated seats, available second-row captain’s chairs and many more.  You can pick one up  a CX-9 ranging anywhere from $14,000 – $35,000 depending on mileage and condition. Since there were few changes on the looks of the CX-9 you can save some bucks and still look like a baller when you drop the kiddos off to school.