Anyone that lives in the cold weather for any part of the year knows that life can’t always stop due to inclement weather. Sure, it slows down, but when you have to be at work, or pick your kids up from school, or move into your new house, sometimes you need to just power through the sleet or snow or rain and get it done. That sentiment is magnified if your job happens to be closely tied to your vehicle — a contractor, or a professional mover, or an estate salesperson, or even one of those Storage Wars people that somehow make a living selling used video games for hundreds of dollars a piece.

The point being that sometimes, you gotta do what you gotta do. Evidence of this mantra in action can be seen during any winter storm when you see a random Toyota Corolla skidding down an icy highway, or a two-wheel drive pickup truck that has three hundred pounds of sand bags sitting in the bed to help weigh down a rear end that breaks loose more than a Hellcat Challenger. Thankfully, Ford has taken notice of a few of our overlapping needs in this area and has brought us a solution to a few problems all at once.

The Blue Oval folks have realized that cargo vans are slowly becoming all the rage as of late. Mercedes has a strangle hold on the market to some degree and almost has the name recognition of the entire segment under its copyright — a Sprinter van is to a cargo van as “Xeroxing” something is to copying it. The most popular name of an industry is being mistaken as a name for the entire industry. Beyond that name game, Mercedes has also been a step ahead of everyone else with their introduction of four-wheel drive Sprinters. They’re selling faster than gallons of milk before a blizzard. So with that knowledge Ford has jumped on board and will begin offering their Transit van with an all-wheel drive option to compliment its already popular rear-wheel drive model.

The AWD system will be borrowed from the current Explorer, which means it will be stout enough for most of the obstacles normal everyday weather and driving conditions may throw at it. We wouldn’t necessarily recommend heavy-duty off-roading, but then, if you’re considering entering a Baja race with a cargo van, you may have some serious soul-searching to do beyond the scope of this article. The system will be able to channel all 100 percent of available torque to the front wheels if necessary, as well be able to send that torque to the corner wheel that has the best grip on the road. Ride height for the AWD version will be the same as its two-wheel drive sibling, unlike the Mercedes. As of now, Ford will only be offering the AWD model as a gas-engine-only option. There will be an available diesel engine, but only for the two-wheel drivers. Mercedes does have a diesel AWD Sprinter, just in case you were wondering.

As with most cargo vans, amenities will be scarce. Expect at best to have WiFi, a decent HVAC system, a workable stereo and possibly rotating front seats. Power windows would be nice, but let’s not get too crazy here. The other good news is that like most Fords when compared to most Mercedes, the Fords typically are substantially cheaper, and the cargo van arena will be no different. Specific pricing is not yet available, but it isn’t unreasonable to expect a comparable Ford Transit van to come in many thousands of dollars less than its MB Sprinter rival.

That savings gets exponentially compounded too when you consider just how much work and time you will be saving by not having to call out of work, or shut down for the day because you can’t get up your hill or out of your driveway in your useless two-wheel drive van. So thank you Ford, you will be helping countless people do what they gotta do a lot more easily, and for a lot less than it used to cost. 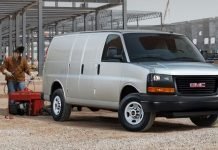 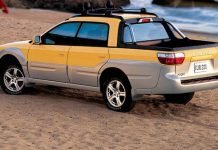