To be honest, when we saw Audi start telling us about the 2022 RS3, we were a bit skeptical. In full disclosure, that feeling came after renting an Audi A3 on a recent trip to Ireland. While we were excited to upgrade to a higher end rental instead of the usual Nissan Altima or Chevy Cruze. But to be honest, the A3 felt more like a warmed over Volkswagen than a luxury sedan. Of course, it was a rental after all, so we tried to keep that in mind when evaluating the new Audi RS3.

That being said, it didn’t take very long at all for us to start to rethink our opinions of the small Audi. It may be small in stature, but the RS3 is a monster. Aside from the magnificent engine, which we will talk about shortly, the RS3 brings to the table a remedy for a longstanding ailment that Audi’s famous all-wheel drive system has been plagued by for years — the dreaded understeer. Embracing the idea that drifting is probably here to stay as a way to show off a car’s performance, Audi retooled their renowned system and gives us something called the RS Torque Splitter, which in Audi-speak is essentially individual electronically controlled clutch packs given to each of the rear driveshafts. The result of this new setup? Understeer is now a things of the past, and so much so that the RS3 has gone the opposite way and now allows for more oversteer. As further proof, Audi has also added a Drift Mode as a driving option to underscore the idea that the Audi RS3 is as track ready as anything they have ever made.

Of course, much like rival BMW’s M Division, an RS3 badge means more than just power. The suspension is heavily modified from the base A3, as well as the damping and aforementioned drive modes, specifically tuned to highlight everything the RS3 can do. The exhaust setup offers a variable-position flap which modifies exhaust flow, and sound, depending on which driving mode is chosen. Monstrous six-piston steel brakes and optional manhole-cover sized carbon-ceramic brakes can be had if the ultimate speed defeating force is desired.

Now on to that magnificent motor. For 2022 Audi RS3 has updated its unique inline-5 cylinder engine that has made quite a name for itself amongst the Audi faithful. Sure, a turbocharged 2.5-liter five cylinder engine sounds a little unorthodox, but when you think about in terms of how Audi came to that motor, it is somewhat ingenious. While a bit of an oversimplification, essentially what Audi engineers did was raid the parts bin of parent company Volkswagen for some of their sibling company Lamborghini’s leftover hand-me-down parts, namely the Huracan’s 5.2-liter V10, and split it in half. Even with half the cylinders of the Lambo, the RS3 manages to make two-thirds of the power the mighty Huracan does. That power is even up from last model’s RS3, making an unbelievable 401-horsepower and huge 369 pound-feet of torque. That power is then routed through a slick-shifting seven-speed dual-clutch automatic transmission before being sent out to all four corners where Pirelli P Zero Trofeo R tires wait to grab the tarmac with minimal panache and fanfare.

That power, combined with the advantage of all-wheel drive help the hot rod RS3 rocket from 0-60 mph in just 3.6 seconds and tops out at 180 mph. And even being a performance oriented car, the RS3 still puts up respectable fuel economy numbers, chiming in at 19/28/23 city/highway/combined mpg.

The 2022 Audi RS3 comes replete with all the major, and expected, safety features a luxury car should come with. Things like forward collision warning, automatic emergency braking as well as adaptive cruise control, lane keep assist and both side and rear cross-traffic alert.

Pricing for the 2022 Audi RS3 has not been announced as of yet, but we expect the MSRP to just shy of sixty grand, presuming there won’t be any of those oh-so-fun dealer markups. But whatever the cost of the newest RS3, it has made a believer out of at least one automotive writer, and that disappoint rental A3 is fading into the rear-view just as you might expect from the driver’s seat of an RS3. 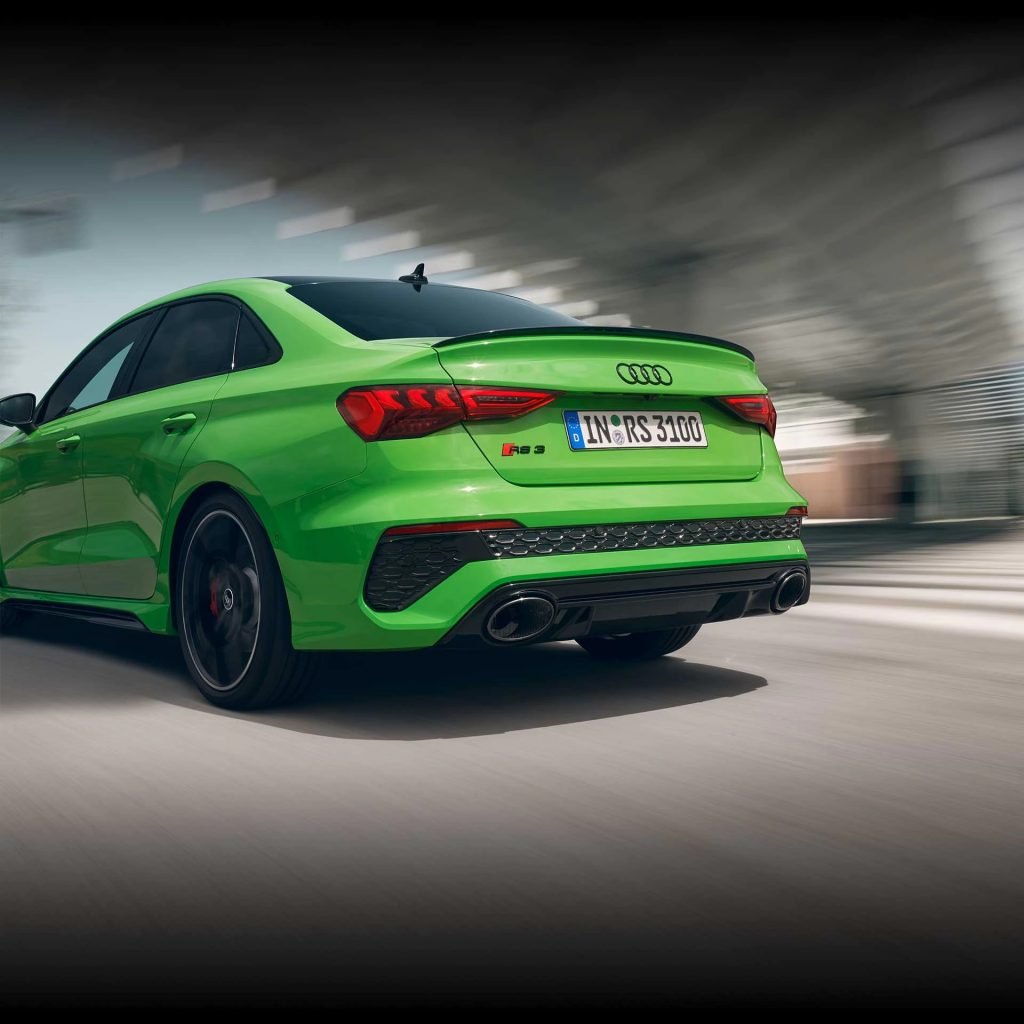