The Jeep Gladiator — Anyone old enough to remember the Jeep Comanche, will undoubtedly also remember that truthfully, its most notable memory was, in fact, just how forgettable that truck was. It was essentially a Jeep Cherokee that had a bed instead of rear seats and a roof — nothing terribly mind bending. The Comanche ran from 1986-1992 and then fell the way of the Archaeopteryx and the Zune.

But, very few of us ever imagined that more than a quarter century would go by and Jeep would not only be thriving with one of the best SUVs on the market, but also still have the fun-loving off-road market cornered with the age-old Wrangler. What we also wouldn’t have believed is that in all that time, with all that success, Jeep still hadn’t jumped back into the pickup truck market. Well, after what will be nearly 30 years, Jeep has finally announced a new pickup truck will be debuted in 2020 — welcome, the Gladiator!

Obviously, details are still sketchy but what news we have, has us drooling and counting down the days till the Gladiator joins the pickup truck fight. Visually, Jeep made a wonderful decision with the base of the Gladiator. As opposed to the original Comanche, which was based on the aesthetically anesthetizing Cherokee, the G will be based on the new and improved Wrangler. Think four-door Jeep Wrangler Unlimited with an extended bed behind it. It will have all the novelties and fun-loving characteristics that have made the Wrangler the darling of every four-season native in the country. Removable doors, an optional soft top, an optional tow winch and of course the famous Jeep four-wheel drive with lockable differentials, and almost definitely the Rubicon package will be readily available (and chosen).

Under hood, Jeep will no doubt stick with the ageless 3.6-liter Pentastar V6 that has been around since the Packers won the last Super Bowl. In its most recent iteration, the Pentastar makes 285-horsepower and 260 lb-ft of torque and backed by either a six-speed manual transmission or an 8-speed auto. The big news though, is that the Gladiator will borrow from its sister Ram and utilize the award-winning 3.0-liter EcoDiesel V6 that registers a solid 240-horsepower and mountainous 420 lb-ft of torque while getting an insanely efficient 20/28/24 city/highway/combined MPG in 4×2 setup and only slightly lower numbers in 4×4 mode. That engine will be backed by the same choice of transmission as the gas version. It has been reported that the Gladiator will more than likely come with a payload rating of 1,600 pounds and have a towing capacity just under 8,000 pounds.
We expect all of the same options that are available now on the Wrangler Unlimited. Things like LED headlamps, heavy duty tow hooks, heated front seats, the same Radio 430 NAV (or whatever updates will be available in the next two years), featuring a 6.5-inch infotainment touchscreen powering a nine-speaker Alpine All-Weather Premium Sound System which sports four 6.5-inch speakers, four tweeters, and even a subwoofer. Front and side airbags, Electronic Roll Mitigation, Electronic Stability Control and Trailer Sway Control all will serve to round out the Gladiator’s option and safety features.

Price has not been announced yet, but we can reasonably expect the G to begin at just over 30 grand, considering the Wrangler Unlimited chimes in at $31,445. When the EcoDiesel bows in 2021, we can expect a jump in asking price — similar to the just about five grand surcharge the Ram diesel commands over the base model.

Sure, it has taken Jeep a while to reenter the pickup truck game since the Comanche— the last time it happened Ross Perot declared his presidential campaign. But, it certainly seems like Jeep has taken all that time and learned a lot about how to build a solid pickup truck. The Gladiator looks to be the real deal, and maybe, just maybe, may have been worth the endless wait after all. 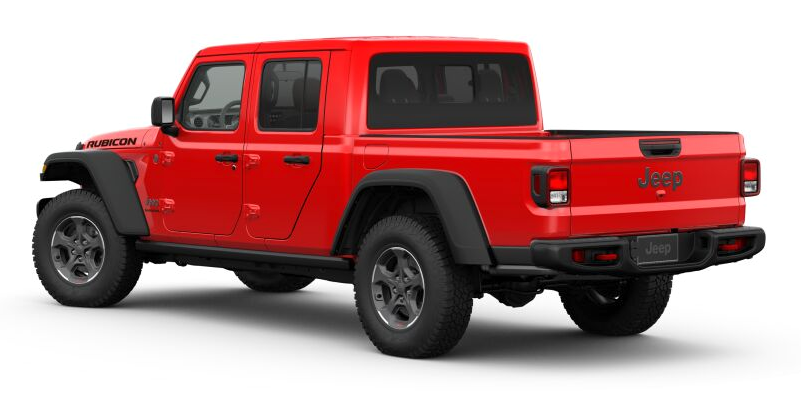 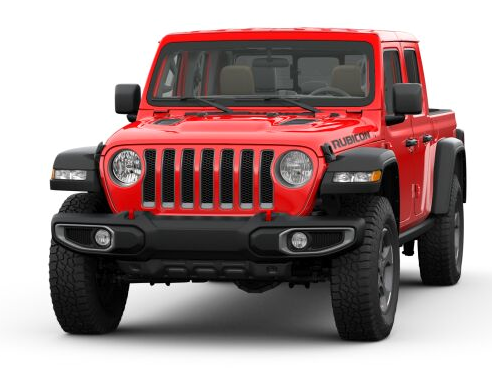 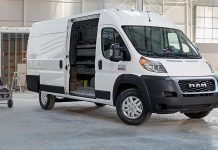 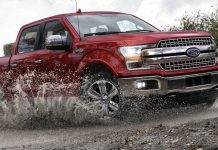 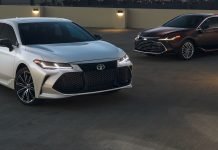 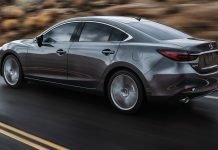 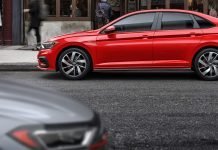