It seems safe to say that trucks are the new cars in the automotive world. What do we mean by that? Allow us to explain … In the past most people wanted a coupe or a sedan for either family hauling, or just hauling’ haulin’. It was only if you had a contracting business or a construction company or a horse farm that you thought about getting a big SUV or pickup truck. But slowly over the course of the last couple decades, it seems that more and more people are coming to appreciate the increased road visibility, all-terrain capabilities, ground clearance and extra cargo space a truck in either pickup or SUV form can bring. And, as with coupes and sedans, we wanted to go faster no matter what our initial intended goal was. So it seems that it was inevitable that with the move to trucks, we are now seeing a proliferation of not just SUVs, but also speedy SUVs … which brings us inexorably to the 2022 Ford Bronco Raptor.

The Bronco was resurrected after a couple decade hiatus, presumably in no small part due to a very famous chase down the 405 in what is now an infamous white Ford Bronco. But, since its return, the Bronco has had its sights set squarely on the Jeep Wrangler and the Raptor may just put the Ford over the top, at least on par with the Rubicon 392.

Using what we’ve seen in several Ford sports models thus far, the Bronco will get the very potent 3.5-liter twin-turbo EcoBoost V6 that will put down a whopping 450-horsepower at 5,000 rpm and an even more impressive 510 pound-feet of torque at just 3,500 rpm. That power will then be sent to all four wheels via a 10-speed automatic transmission that we can presume will have various on- and off-road modes to help channel the appropriate amount of power to the front, rear or all-four corners depending on road surface and weather conditions.

Though we don’t know specifics as of yet, Ford has said that the Dino-version of the Bronco will sport Fox adaptive dampers along with a beefed up suspension capable of handling the immense power increase this truck will have. Undoubtedly, Ford will make use of the plentiful amount of spare parts lying around from the F-150 and upcoming Ranger Raptor models. We can also expect to see either 35- or 37-inch BF Goodrich K02 all-terrain tires to put that power to the pavement (or dirt).

Inside we will find Ford’s Sync 4 infotainment interface system that will host Apple CarPlay, Android Auto and a Wifi hotspt along with a concert-level Bang & Olufsen stereo. There will also be a dashboard rack (with 12-volt plugs nearby) to hold (and power) all sorts of digital devices so you can broadcast and record your off-roading adventures for all the world to see, because after all, in the world of social media if there are no pics, it never happened.

The Ford Bronco Raptor will also sport some nifty Jeep-like features like a removable hard and/or soft tops, removable body panels, frameless doors, exterior mirrors mounted to the windshield instead of the traditional door-mount and even a factor-installed set of tubular doors for the ultimate badass look.

The Ford Bronco Raptor will be like most new trucks and sport the latest in safety nannies like forward-collision warning with emergency braking, lane-departure warning with lane-keeping assist as well as blind-spot monitoring and rear cross-traffic alert. We assume these will be defeatable for off-roading purposes.

While the official price is not yet posted, we expect the Raptor to chime in right at about $65,000 before any dealer markups. And much like the limited-edition sedans and coupes of the past, we can expect the Raptor to fly off the showroom floors even with a significant makeup because that will officially prove trucks really are the new cars. 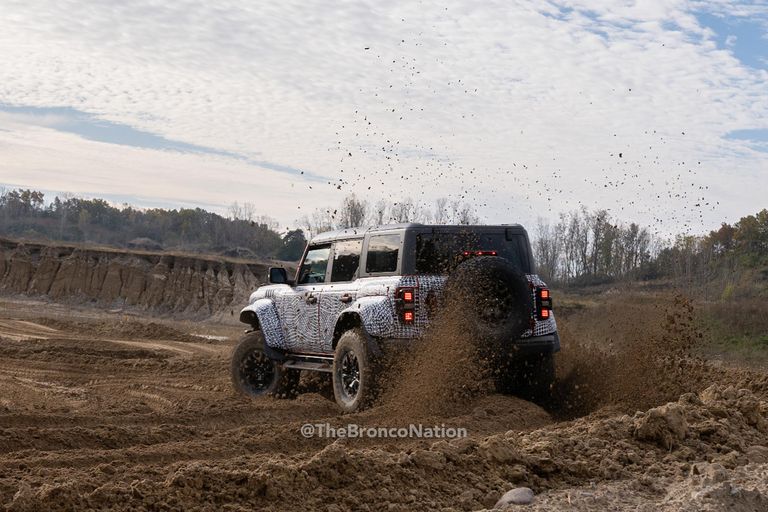 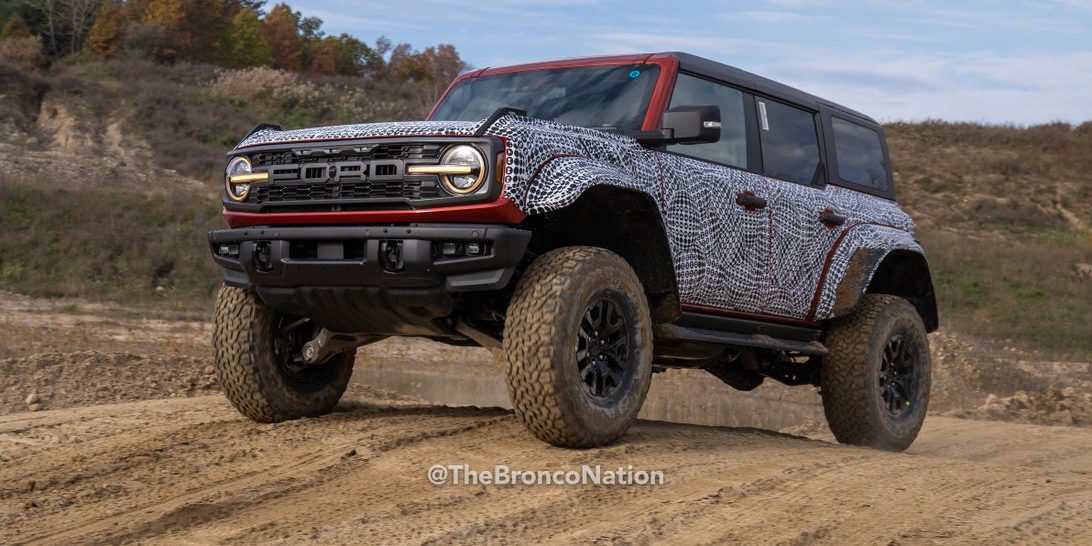